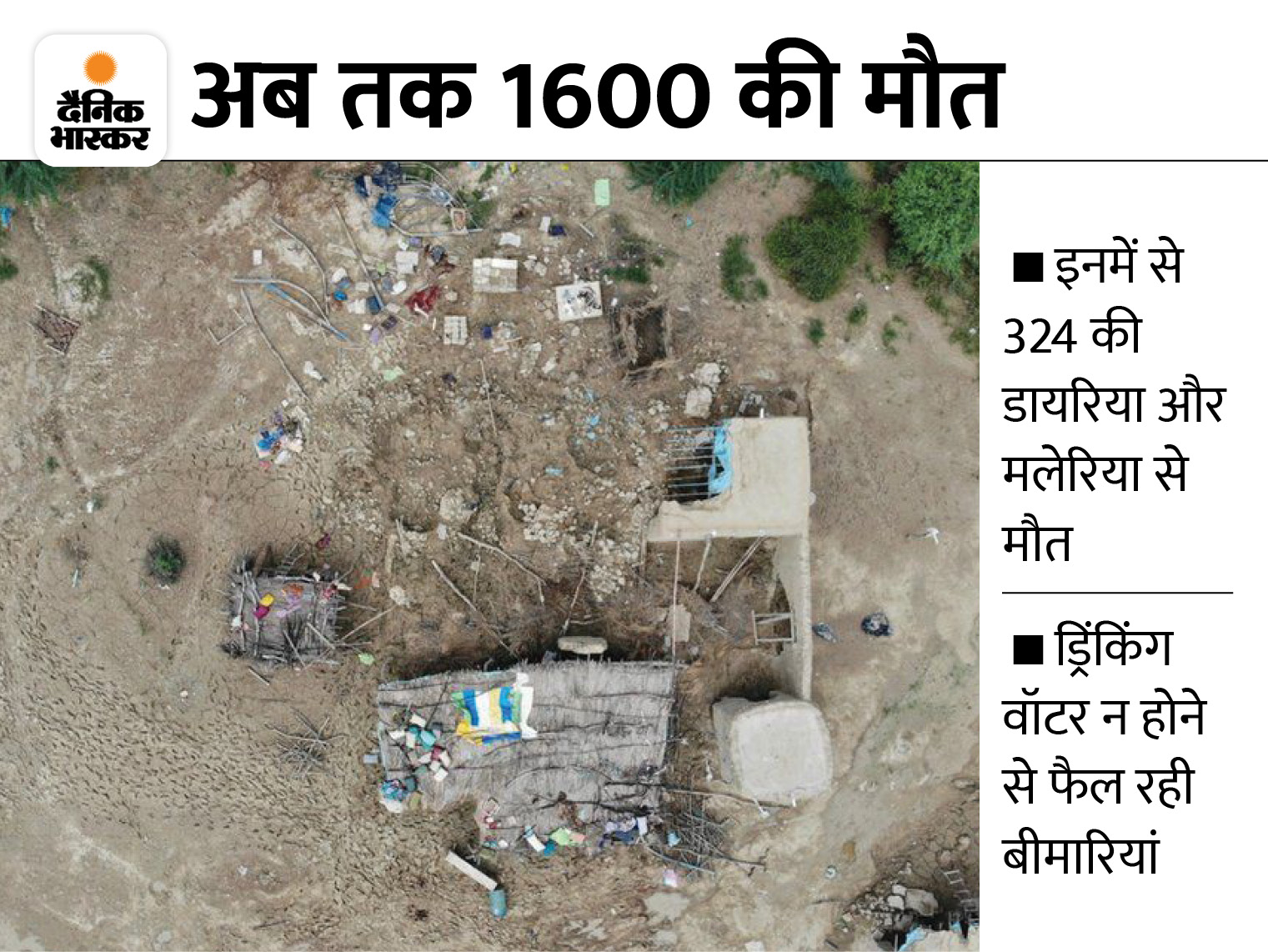 The floods in Pakistan have stopped, but the diseases spreading after it are also proving to be fatal. So far 1600 people have died due to floods and diseases. People are also dying from malaria, diarrhea and skin infections. Now the government of Pakistan is considering buying mosquito nets from India to prevent malaria. About 71 lakh mosquito nets are needed in 26 districts.

According to Pakistani journalist Ghulam Abbas Shah, the Health Ministry has sought approval from the government to import mosquito nets for the prevention of malaria. After the flood, people are troubled by malaria, diarrhea and skin infections. 324 people have died due to diarrhea. More than two lakh people have been infected with malaria in the last two months in flood-hit Sindh and Balochistan provinces.

Pakistan Army and local administration are engaged in the rescue work. People are being shifted to safer places.

Flood victims in Pakistan have complained of being forced to drink dirty water and cook food. Officials say that if help is not received from other countries, it will be difficult to control the situation. By the way, the spread of dirty water has been a problem for Pakistan for a long time. So far this year, 900 people have died due to this disease. Pakistan’s government said in a statement last week that the floods in the country had caused damage of about $ 10 billion.

The worst floods in Pakistan occurred in 2010. During that time 2 thousand people were killed. More than 2 crore people were made homeless.

Floods have caused huge destruction in Pakistan. Many countries of the world have come forward to help. The Sheikh Hasina government of Bangladesh had also offered assistance of Rs 1.15 crore. According to media reports, Pakistan has turned down this offer. However, it is also being said in some reports that Bangladesh had not officially offered any such relief package.

However, Bangladesh’s foreign ministry report and diplomatic sources in Islamabad say that the claim that any offer of aid was made to Pakistan and the country refused to accept it is completely false and false.

Pakistan received 241% more rain in the month of August. An average of 166.8 mm of rain was recorded here. While the average rainfall is 48 mm every year.

Pakistan said – it would be shameful to take help

Rejecting the offer, Pakistan said that it would be shameful for our army to take help from a country which was once a part of Pakistan. The Pakistani army was accused of genocide against Bangladesh in 1971 and raping thousands of women. However, she has been denying these allegations.

About 5 crore people have become homeless due to the floods. People have nothing to live and eat. The government has appealed to other countries to provide funds for relief work.

PM Sheikh Hasina said – it is the responsibility to help

Prime Minister Sheikh Hasina said that the Awami League government has always been ready for humanity. We also ordered officials to assist in relief and rescue operations in Pakistan. He said that Bangladesh was a part of Pakistan till 1971. Then it was called East Pakistan. Bangladesh won the 1971 Liberation War against Pakistan, but it is our duty to help Pakistan, because Bangabandhu Sheikh Mujib ur Rehman always helped the needy people.

America will give ‘Kamikaji Drone 600’ to Ukraine, how dangerous is it? Will it prove to be a game changer in battle? ...

indoree - September 30, 2021 0
New Delhi. Smartphones are getting used constantly each day on this planet. Together with the digicam, storage, processor, corporations are actually competing for...

Why does the period date change every month? 9 main causes of irregular...

indoree - September 7, 2022 0
Many women have menstruation or Periods There is a problem of not coming on time. However, in India, periods are talked about more...

Why do Astronauts at iss not wearing masks inspite of coronavirus space latest news...

Karan Johar to do stand-up comedy in One Mic Stand season 2, said–I have...

indoree - October 23, 2021 0
Hindi InformationLeisureBollywoodKaran Johar To Do Get up Comedy In One Mic Stand Season 2, Mentioned–I Have At all times Been Sporting When It Comes...