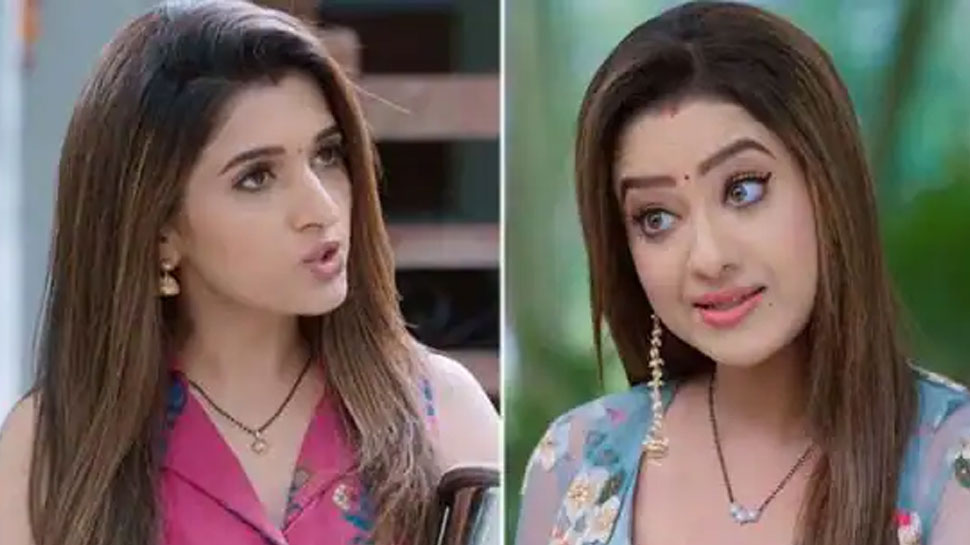 New Delhi: In the TV serial ‘Anupama’, Kavya (Madalsa Sharma) married Vanraj, but she is desperate to snatch the place of Anupama (Rupali Ganguli). The Tu-Tu Main-Main between Kavya and the Shah family is not taking the name of diminishing. Kavya is trying to show in front of everyone that she and Vanraj are the best couple, but it is not like that at all. Now in this frustration, Kavya is seen flaunting her mother-in-law’s wrath on the daughter-in-law of the Shah family.

Anupama in the arms of Vanraj

We saw in the last episode that when Anupama is about to fall from the wheel chair, Vanraj immediately supports her while handling her. Due to which a big accident is averted. But seeing Anupama in the arms of Vanraj (Sudhanshu Pandey), Kavya gets stunned. At the same time, the upcoming episode of ‘Anupama’ is also going to be a big hit.

Kavya in preparation for honeymoon

We will see in the coming episodes that Kavya will talk about honeymoon in front of everyone. But Vanraj will get angry hearing these things in this time and he will tell Kavya the truth. But after this Kavya will stare at Anupama and tell her things. In such a situation, even Vanraj will not be able to control his anger and he will insult Kavya in front of everyone.

Kavya rained on Kinjal as her mother-in-law

At the same time, Kavya has now started asserting her right and authority over the members of the Shah family. In such a situation, a different situation will be created when Anupama’s elder daughter-in-law is confronted by Kinjal. Where would you have heard about the mixer between Kinjal (Nidhi Shah) and Kavya (Madalsha Sharma). After which Kavya will tell Kinjal that she is her mother-in-law, but Kinjal will also tell Kavya that she will not respect her even in her dreams.

But Kinjal’s words will hit Kavya’s heart like an arrow and she will tremble. Meanwhile, Rakhi Dave takes care of him. With all this, in the upcoming episode of ‘Anupama’, we will see that the Shah family together are bidding farewell to Dr. Advaita.

Read also: TV’s ‘Hanuman’ Nirbhay Wadhwa in trouble during the Corona period, sold bikes, unemployed for one and a half years