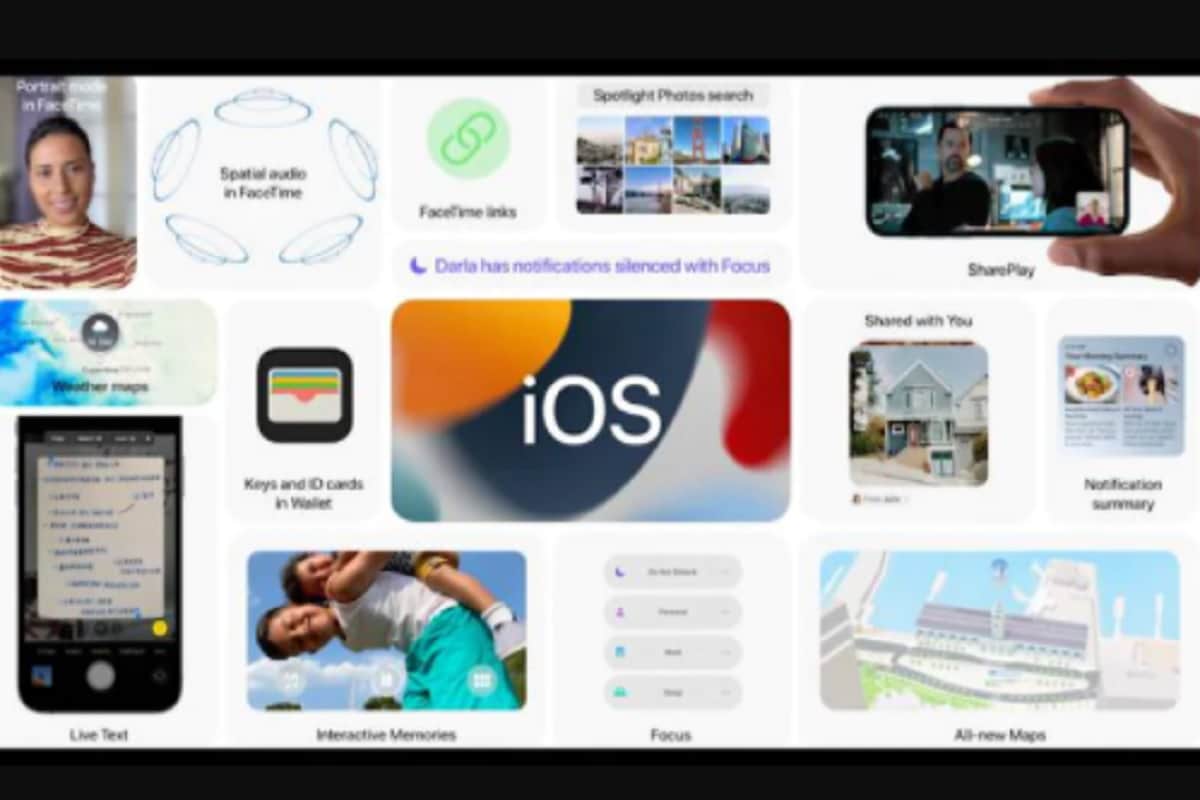 WWDC 2021: Apple iOS 15 has been introduced in Apple’s biggest software event. iOS 15 will be made available for public beta testing in July and its final version will come with the new iPhone 13 model, which will be introduced in September or October this year. Let’s know about the features coming in iOS 15 and what changes will it make in your iPhone …

Compatibility: The first and foremost thing is its compatibility. It has been told that the new version of the software will be compatible for iOS 15, the company’s iPhone 6s and later devices, including the first generation iPhone SE.

Now you can also use Portrait Mode in Face Time. Now Share Play has also been added to this which takes screen sharing one level up. With its help, you can watch music tracks, videos or pictures with your friends on FaceTime. Content sharing also includes many streaming apps. It will be much like watching a movie or TV series with your friends in Netflix Watch Party.

Live Texts
Now the iPhone’s camera will also recognize and select the text on clicking the picture, then if you want, you can copy it and send it to someone, search the Internet, if you have a phone number, you can call. This feature will work not only on the camera, but also on the photos and screenshots already lying in the picture library. For information, let us tell you that it will work in much the same way as Google Lens works.

(Also read- Very cheap plans of Jio, Airtel and Vi! Get free calling and lots of data for less than Rs 150)

Maps
Most of the changes in iOS 15 have been given in its maps, but you will see this only if you are living in Spain, Portugal, Italy or Australia. Maps will now be cleaner with lanes clearly visible for navigation and even bridges and overlapping roads.

Weather
The look of Apple Weather will now change and will show according to the weather around you. Also, factors like weather conditions like air quality, temperature, precipitation will be visible in high resolution weather maps.