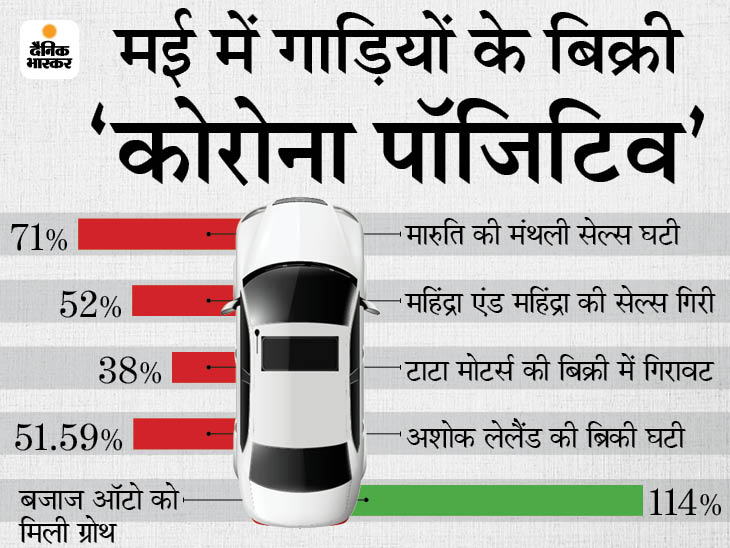 Automobile companies have released vehicle sales figures in May 2021. Auto sales figures are disappointing for most companies due to the second wave of the Kovid-19 epidemic. The country’s largest carmaker, Maruti Suzuki India Ltd, lost 71% on a monthly basis. Let’s look at the May auto sales figures of all companies …

Mahindra & Mahindra sales fall by 52%
Sales of the company were impacted as the supply chain was affected by the lockdown in May. In May, Mahindra & Mahindra sold a total of 17,447 vehicles. He lost 52% on a monthly basis. The company sold a total of 36,437 vehicles in April. However, in the passenger vehicle segment (UVs, cars and vans), the company sold 8,004 vehicles with an annual growth of 107%. The company exported 1,935 vehicles with a growth of 300% last month. In May 2020, it exported 484 vehicles. Tractor sales fell by 12.13% on a monthly basis.

Ashok Leyland’s sales plummeted 51.59%
Ashok Leyland’s total sales in May stood at 3,199 units. The company has incurred losses on a monthly basis. It sold 7,961 vehicles in April. However, year-on-year sales figures have improved. In May last year, the company sold 1,420 vehicles.