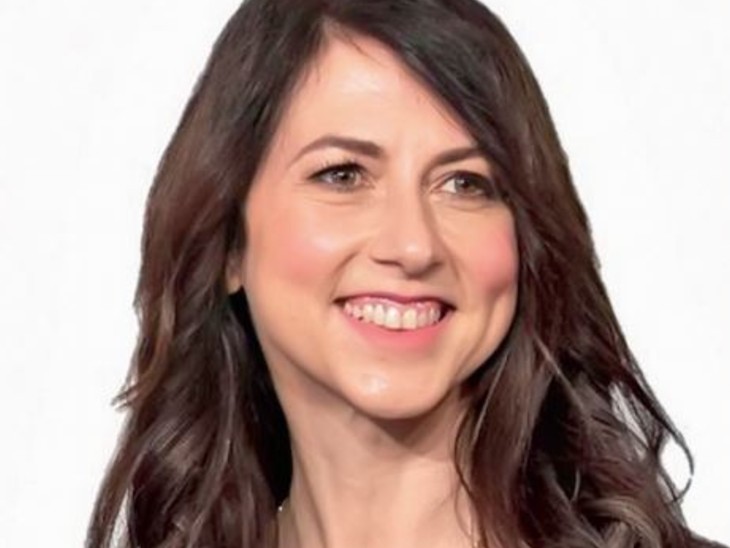 McKenzie stays away from publicity. His lifestyle is also normal.

When Mackenzie Scott divorced Amazon founder Jeff Bezos in July 2019, she had a lot of wealth. She became the owner of 4% of Amazon shares. At the age of 50, he had around Rs 2.78 lakh crore. Since then, the value of Amazon shares has risen rapidly. Hence his assets are estimated to be Rs 4.17 lakh crore.

She has donated about 43 thousand crore rupees in a year. People have donated more money than ever before. But, without creating a foundation, so much money has not been donated in a short time. McKenzie stays away from publicity. His lifestyle is also normal.

Scott was wealthy even before the divorce, but since the property was not hers alone, she did not donate much. His lifestyle was also normal. She used to drive her own Honda minivans to drop her kids to school and Bezos to the office. There was no huge expenditure in his parties.

Even before the Amazon shares were transferred, Scott signed the Giving Pledge initiative and pledged to donate a large portion of his wealth to charity. The affidavit was signed by Warren Buffett, Bill Gates, Melinda Gates and 200 others.

Some experts in the field of philanthropy have questioned the prudence and usefulness of working at the level of a large foundation without any personal accountability. However internally his methods are considered exciting. If all donors start doing the same thing as them, giving will be better but less transparent. There will be no diversity in it.

Mackenzie Scott has helped organizations working for women, gay rights, poverty alleviation, climate change, and the disabled. He is also against apartheid. Mackenzie Scott mentions her charity on social media. He had given information about the donation of Rs 12 thousand crore in July 2020 and Rs 30757 crore in December the same year in two posts. She gives very few interviews.Together with Barbara Madks

help with the pandemic

According to Candid, an organization that monitors the spending of the charitable sector, Scott has given 20% of the donations given in relation to Kovid-19 worldwide last year. This is 75% of the individual donation.