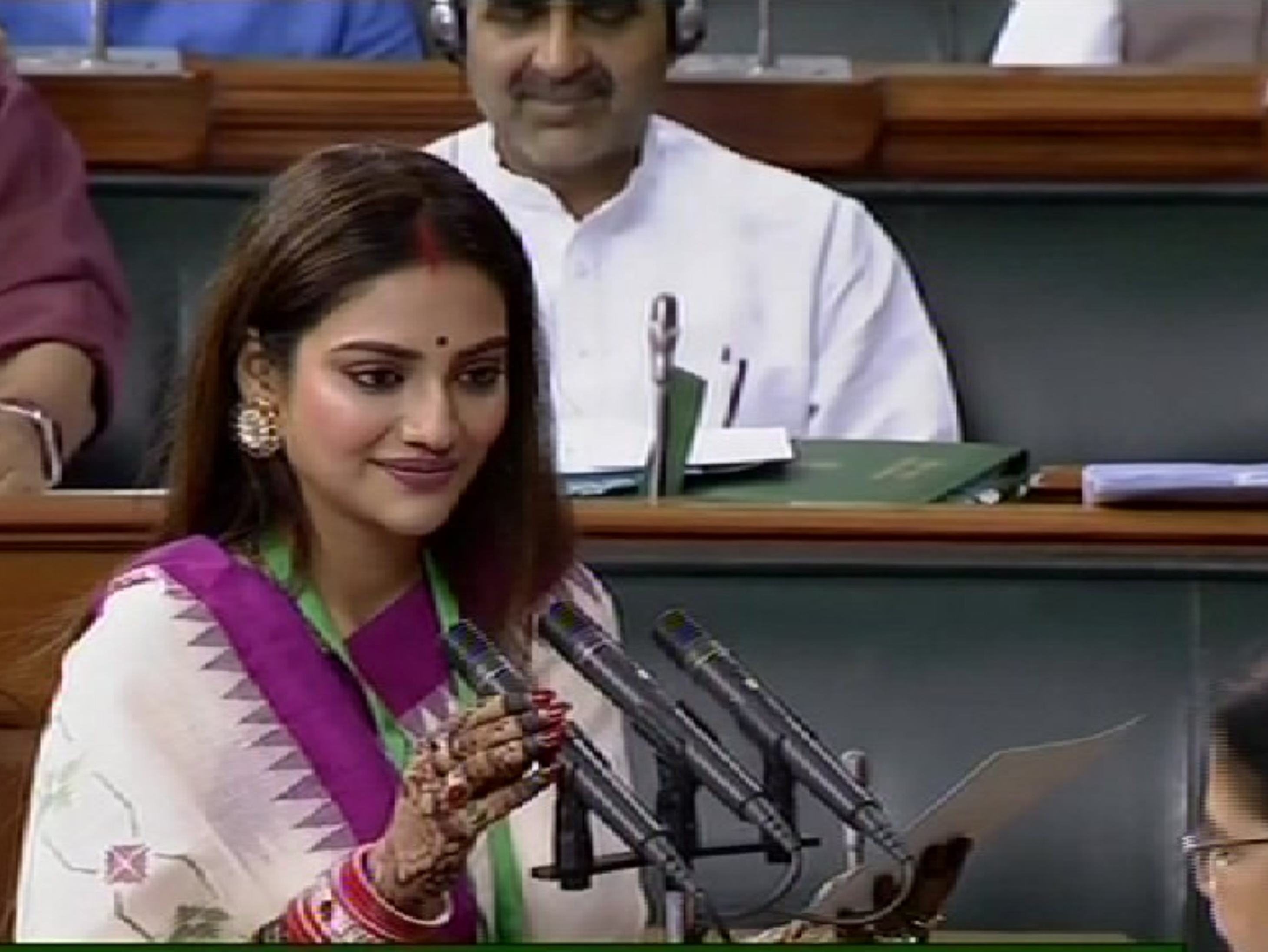 TMC MP Nusrat Jahan seems to be stuck badly after the statement given about her marriage. Now the matter has reached the Parliament. BJP MP Sanghamitra Maurya has written a letter to Lok Sabha Speaker Om Birla demanding action on “false information” about Nusrat Jahan’s marital status.

MP said deliberately gave wrong information
Sanghamitra has said that Nusrat has a right to her private life and no one should encroach on it. But the recent media statement he has given about their marriage simply means that he deliberately gave wrong information in Parliament. Sanghamitra has said that this matter should be sent to the Ethics Committee for a detailed inquiry into Nusrat’s illegal and ethical conduct and appropriate action against her. Because Nusrat cheated her voters by giving false information and this brings bad name to the Parliament and its members.

Nusrat’s Parliament membership should be canceled
In this letter written on June 19, BJP MP from Badaun in Uttar Pradesh, Mitra described Nusrat’s membership as non-permanent. Sanghamitra also sent Nusrat’s Lok Sabha profile to the Speaker, in which her husband’s name is Nikhil Jain. The media statement regarding the marital status of the TMC MP contradicts his oath for the Lok Sabha membership, which he had taken as Nusrat Jahan Ruhi Jain on June 25, 2019, the letter said. . This statement effectively declares their membership unlawful.

Same question was raised before
Prior to Sanghamitra, West Bengal BJP vice-president Jai Prakash Majumdar had also accused Nusrat of making contradictory remarks about her marital status in which the MP said that she had married abroad, under Turkey’s marriage regulation, in India. is not legally valid.

got married 2 years ago
Significantly, Nikhil and Nusrat were married in Turkey on 19 June 2019 on the basis of Turkish Marriage Regulations. Due to which Nusrat has refused to apply for divorce from Nikhil for her separation. Nusrat says that Turkish law is not valid in India, so her marriage is also not recognized here. She was living in a live-in relationship with Nikhil.

Amidst the news of relationship with actor and politician Yash Dasgupta, Nikhil Jain made a big statement on Nusrat’s pregnancy that this child is not his. Nusrat and Yash worked together in the Bengali film SOS Kolkata. This film was released only last year. Her husband has said that there was a change in Nusrat’s behavior from November 2020.