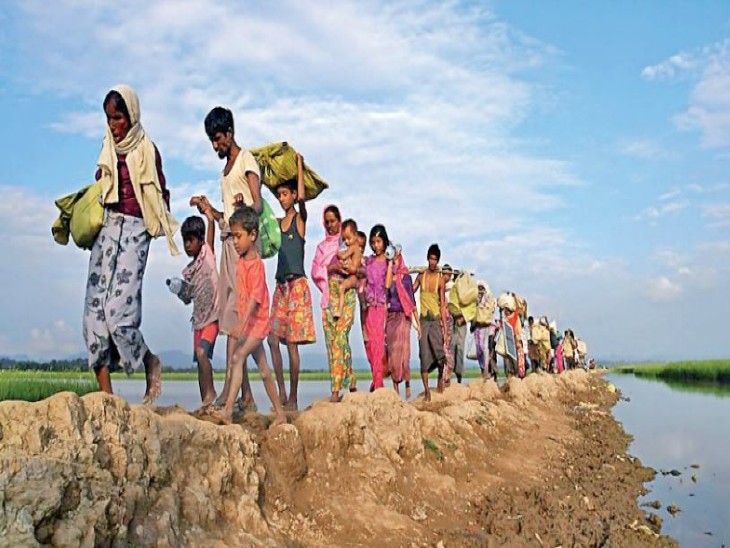 There is no country left for 1 crore people.

Every 96th person in the world is homeless. The reason is war, repression and depleting resources in many countries. 11 million people are homeless in Syria, which is 45% of the population. There is no country left for 1 crore people. According to UN Refugee Agency Commissioner Filippo Grandi, despite the strict lockdown of Corona, 3 million people were displaced in 2020 compared to 2019. Presenting the condition of homeless people on World Refugee Day on June 20

42 lakh are seeking asylum in other countries

Syria: Many Kurds in the Northeast were stripped of their citizenship in 1962. There were previously an estimated 300,000 stateless Kurds in Syria. 11 crore people of the country are displaced. 67 lakhs have fled to other countries.

Rohingya… the world’s biggest refugee crisis
Rakhine in Myanmar and Chittagong in Bangladesh. In the 2014 Census, one million Rohingyas were out. In 2017 he had to flee due to violence.

Bangladesh: 7 million refugees
There are more than 7 lakh Rohingyas in Bangladesh’s Cox’s Bazar who came in 2017. One lakh refugees are being settled on the 40 sq km Bhasan Char island that emerged 15 years ago in the sea.