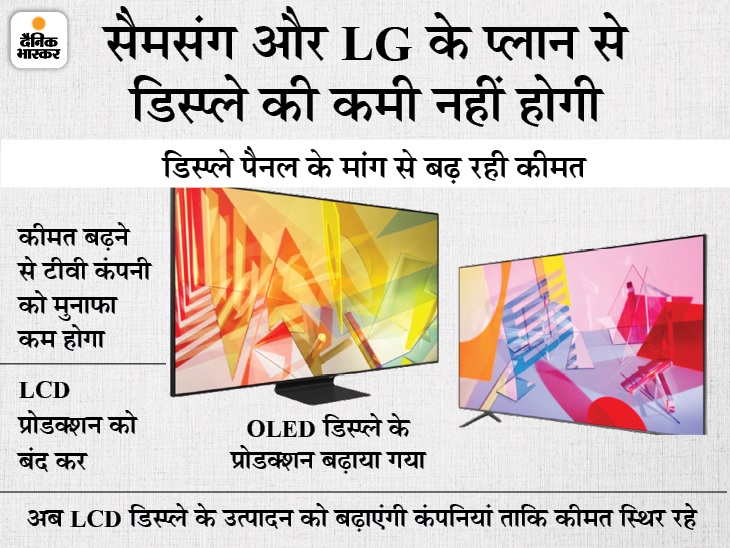 Most things have gone digital right now. The demand for gadgets like mobile, computer and smartwatches is increasing. Due to which the demand for display panels used in them has increased. Therefore, Samsung and LG company making South Korea display panels have decided to increase the production of liquid crystal display (LCD). The company says that due to the continuous demand of this panel, its price is going up.

Samsung Display CEO Choi Ju-sun has looked at the production and told employees that the company will scale up production of the LCD panel in a big way by the end of next year. According to a report by the Yonhap news agency, the company has increased competition with Chinese brands. Due to which the company closed the LCD business last year and is working on making next generation quantum-dot (QD) displays.

LG Display is a South Korean company that is making more LCD TV panels before the deadline. By the end of last year, these companies are engaged in increasing the production of OLED display by discontinuing domestic LCD production. According to market-aware Witsview, the average LCD panel price has gone up in the first half of May. Which is the highest since June 2015.

Choi says that the reason behind making LCD for a long time was due to TV affiliates. Who repeatedly requested to make LCD. Samsung and LG are the world’s two largest TV makers. He says that the increase in LCD panel prices can reduce profits and the lack of semiconductor can also become a problem.