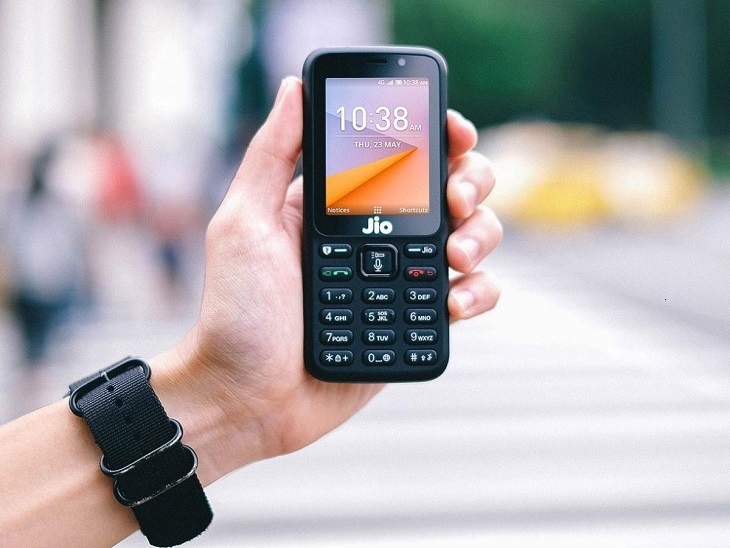 There are many people in India who keep phones under compulsion. In such a situation, they prefer to keep a simple phone. Their cost is also less and they can be kept easily. Keeping that in mind, Jio had come up with a simple 4G phone. WhatsApp has made a new update for these phones. Due to which WhatsApp voice calls will now start receiving on Jio Phone.

This new feature works on Voice over Internet Protocol (VoIP) technology. Wi-Fi or mobile data connectivity is required to make WhatsApp calls. WhatsApp says that voice calling will now be available to millions of smart feature phone users around the world. WhatsApp was launched in Jio phone in 2018. Although it started getting on KaiOS based feature phones from 2019.

For voice calling, users will have to download version 2.2110.41 of WhatsApp on Jio Phone and other KaiOS devices. After downloading, users can make WhatsApp calls in any of their chat threads by going to Options > Voice call. Users can also attend WhatsApp voice calls on other feature phones including Jio Phone. However, for calling through the instant messaging app, the phone must have a Wi-Fi or cellular internet connection.

With this, connectivity with key pad mobile will be easy.

WhatsApp CEO Matt Edima says that WhatsApp voice calls have been brought to KaiOS devices. It helps to connect with the world privately. That which is simple, to be believed and easier of all. No matter what kind of mobile device they are using. WhatsApp had launched Jio Phone in September 2018 even before its release on other KaiOS phones. However, it arrived on other models in 2019 including the Nokia 8110 4G.

Since its release, WhatsApp comes preloaded on most KaiOS phones. The company claims that this app has the most active users worldwide. However, WhatsApp has not given any official data related to this. WhatsApp launched its voice calling feature on smartphones in February 2015. However, for desktop users, WhatsApp brought this feature in March of this year. With which you can easily make WhatsApp voice calls through Windows and Mac apps.

What is KaiOS Technology?

Key pad mobiles come under KaiOS technology. Which are based on Linux operating system. In which 4G LTE E, VoLTE, GPS and Wi-Fi are supported. Has less memory and consumes less battery.

Sebastian Codville, CEO of KaiOS Technology, says that WhatsApp is working to make services accessible to all. In which taking care of those running simple devices for the backward community, for senior citizens. Now with the voice calling facility, users can easily make calls anytime, anywhere at low cost.