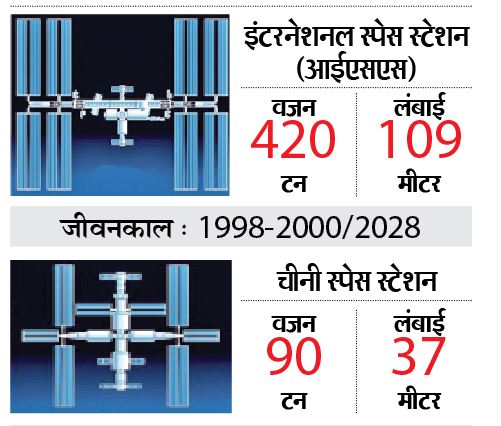 According to media reports, Shenzhou-12 had left for space from the Gobi Desert on Thursday itself. Six hours later, it joined the ‘Tianhe’ space station. The astronauts on board are Ni Haisheng, Liu Boming and Tang Hongbo. This is his first space journey. This space mission will last three months. During this time the astronauts will check and repair the equipment there. Will enable the station to have two laboratory modules ready next year.
rivalry with the ISS
‘Tianhe’ is China’s third space station. It will watch over the world. It will rival the aging International Space Station (ISS). According to the ‘China Manned Space Agency’ (CMSA), China has sent its human passengers to space for the seventh time. China had earlier sent a human to space in 2016.
By next year, 2 lab modules will be ready, understand how there are 3 space stations in space