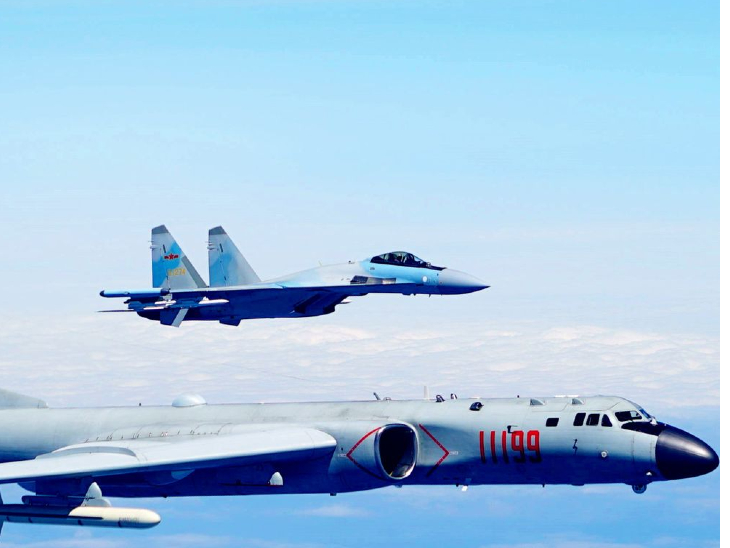 China has again tried to put pressure on Taiwan. On Tuesday, 28 fighter jets of the Chinese Air Force took off in Taiwan’s airspace. Earlier on April 12, 25 Chinese fighter jets entered Taiwan’s airspace. According to media reports, on Tuesday, China made the biggest intrusion into Taiwan’s airspace. On the other hand, Taiwan’s Air Force has also started preparing for retaliation. America is also supporting him in this. China has always claimed that Taiwan is part of it, while Taiwan describes itself as an independent country. This is the main reason for the dispute between the two countries.

what happened on tuesday
According to a CNN report, 28 fighter jets of the Chinese Air Force simultaneously entered Taiwan’s airspace on Tuesday afternoon. Here the aircraft kept circling there for some time. Some of these aircraft were involved in such a mission for the first time. These included bombers, anti-submarine aircraft and early warning aircraft. These planes also gave fighting drills in the air for some time.

Taiwan will not back down
Taiwan’s Air Force has also come on alert mode on this action of Beijing. One of its officers said – China should not live in any misunderstanding. We know how to respond to such antics. If there is any threat to Taiwan’s sovereignty and honor, it will be given a befitting reply.

The Chinese military or government has not issued any statement on the matter so far. Earlier on April 12, 25 Chinese fighter jets entered Taiwan’s airspace and fled when Taiwanese F-16 ships chased them. China then said that it did not try to enter the Taiwan border and that the aircraft were on routine exercise.

America is keeping a close watch
The US Defense Ministry had made it clear recently that if there is any problem in front of Taiwan, then America is ready for all possible help. Apart from this, American MPs also visited Taiwan recently. China had opposed this visit, saying that it was interfering in its affairs.