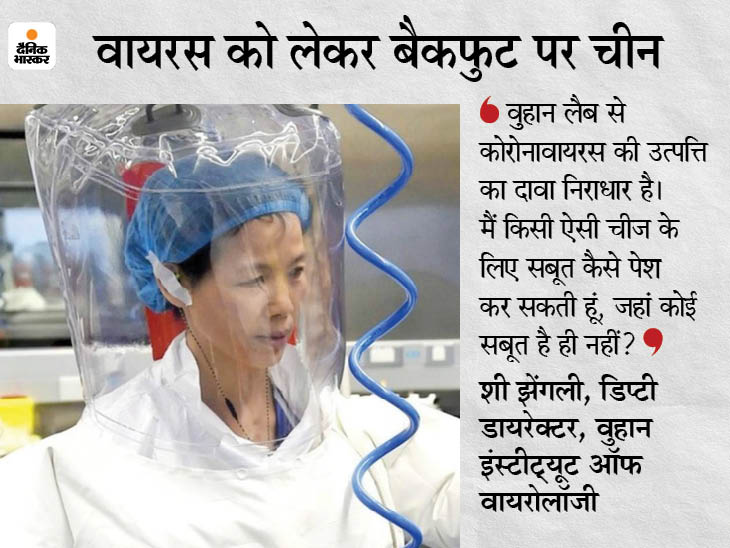 China, which has come under attack from all over the world for the origin of coronavirus, has now come to its rescue. Scientists from China’s Wuhan Lab, which has been the most discussed about the origin of Corona, have called the allegations of the world baseless.

Xi Zhengli, deputy director of the Wuhan Institute of Virology, popularly known as China’s ‘Bat Woman’, has said that the world is throwing mud at innocent scientists without any basis. The claim of origin of coronavirus from Wuhan lab is baseless. How can I present evidence for something where there is no evidence at all?

There is no truth in speculation
China’s top virologist Zhengli said in an interview to the New York Times that there is no truth in the speculation about his lab in Wuhan. Zhengli is the same scientist who was accused of negligent research on bats at the Wuhan Institute of Virology. Many experts believe that due to their negligence, corona spread all over the world.

Questions raised by the report of the US Secret Agency
A recent US Secret Agency report claimed that many scientists from Wuhan Lab were found to be corona infected in October-November 2019. If these scientists were infected in the beginning, then the place of origin of the virus can be traced. However, after the report, China reacted strongly and rejected it.

American scientists claim – virus originated from China’s lab
Recently, a group of 18 scientists from America had demanded an in-depth investigation of the origin of corona. They believe that the virus has leaked from the lab itself. All these scientists have been doing an in-depth study of the virus of the SARS family. According to virologist Jesse Bloom, who is leading the group, this study was going on until the WHO team arrived. Therefore the team was not allowed to test the lab. The investigation was definitely done.