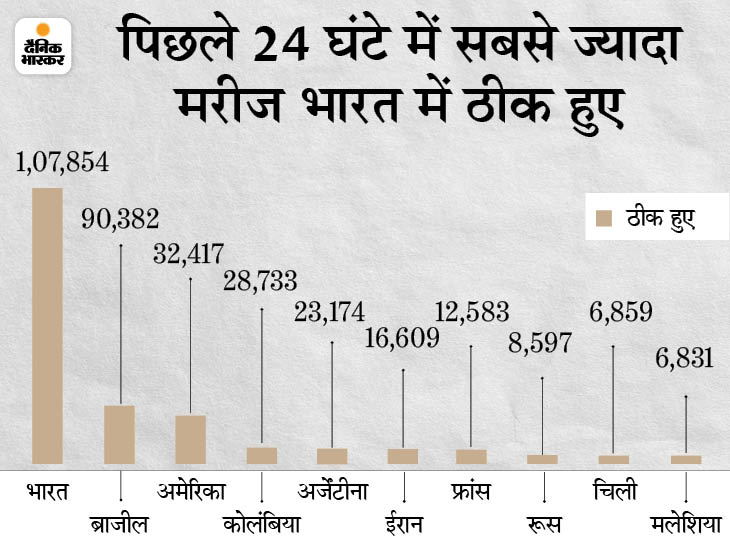 The cases of corona in the world are now decreasing to some extent. On Tuesday, the corona report of 3 lakh 67 thousand 158 people in the world came positive. During this, 8,808 people also died due to infection. It was a matter of relief that on Tuesday, 4 lakh 57 thousand 825 people defeated Corona.

Talking about the last one and a half months, there has been a decline of up to 55% in daily cases in the world. On May 1, coronavirus was confirmed in 8 lakh 14 thousand 402 people in the world. This figure saw a decline of 4.47 lakh on the previous day.

Corona cases decreased in the world in 50 days: WHO
In the last 50 days, the cases of corona in the world have decreased rapidly. WHO said that the number of deaths due to corona has come down. This information is special, because for the first time in a year and a half, the number of corona infected in the whole world has decreased. WHO Director-General Tedros Adhanom Ghebreyesus has given this information.