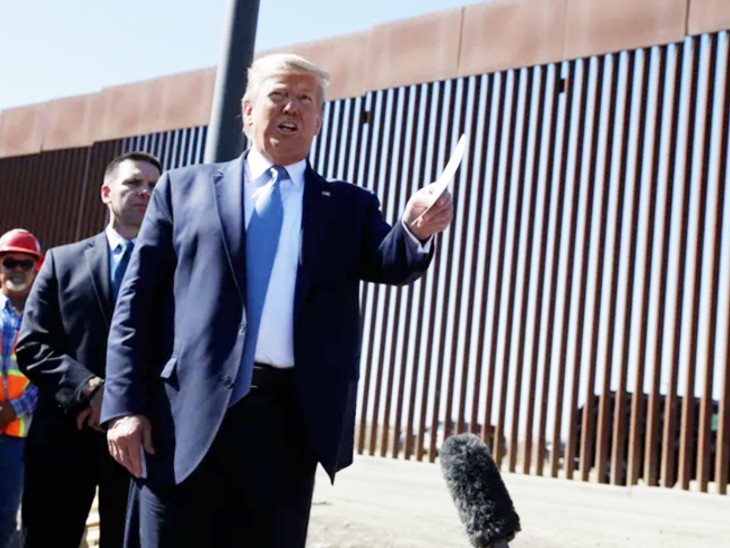 The picture is from 18 June 2019. Donald Trump visited America-Mexico when he was the US President. – file photo

Former US President Donald Trump has decided to visit the border area amid the Biden administration’s decision to halt and withdraw funding for a wall project on the Mexico border. He will visit the area along with the Texas governor on June 30. This information has been given by Trump. He said that I have accepted the invitation of Texas Governor Greg Abbott. The Biden administration inherited the strongest, secure border in American history. Within a few weeks it has been declared a disaster area.

In fact, the Biden administration on Friday last week decided to end the fast truck status of former President Donald Trump’s ambitious project to build a wall on the Mexico-US border. The project was allowed to circumvent environmental regulations. After Biden took office, the construction of the wall was banned.

The budget and management office said in a statement that building a wall across the entire southern border and spending billions of dollars on US taxpayers is not the solution.

Trump said – the country’s border handed over to criminals
Trump has said that Biden and Harris have handed over control of our border to criminals. There is free reign of drug dealers, MS-13 gangs, human traffickers and criminals. He said that our nation is now a forest. Dangerous criminals are being given freedom inside the US.

Opposition to Biden’s decision
Republican members started protesting this decision after fearing the arrival of migrants without checking from this border in America. Some Republican lawmakers are in favor of continuing the project. Biden wants to back more than $2 billion of funding for the project.