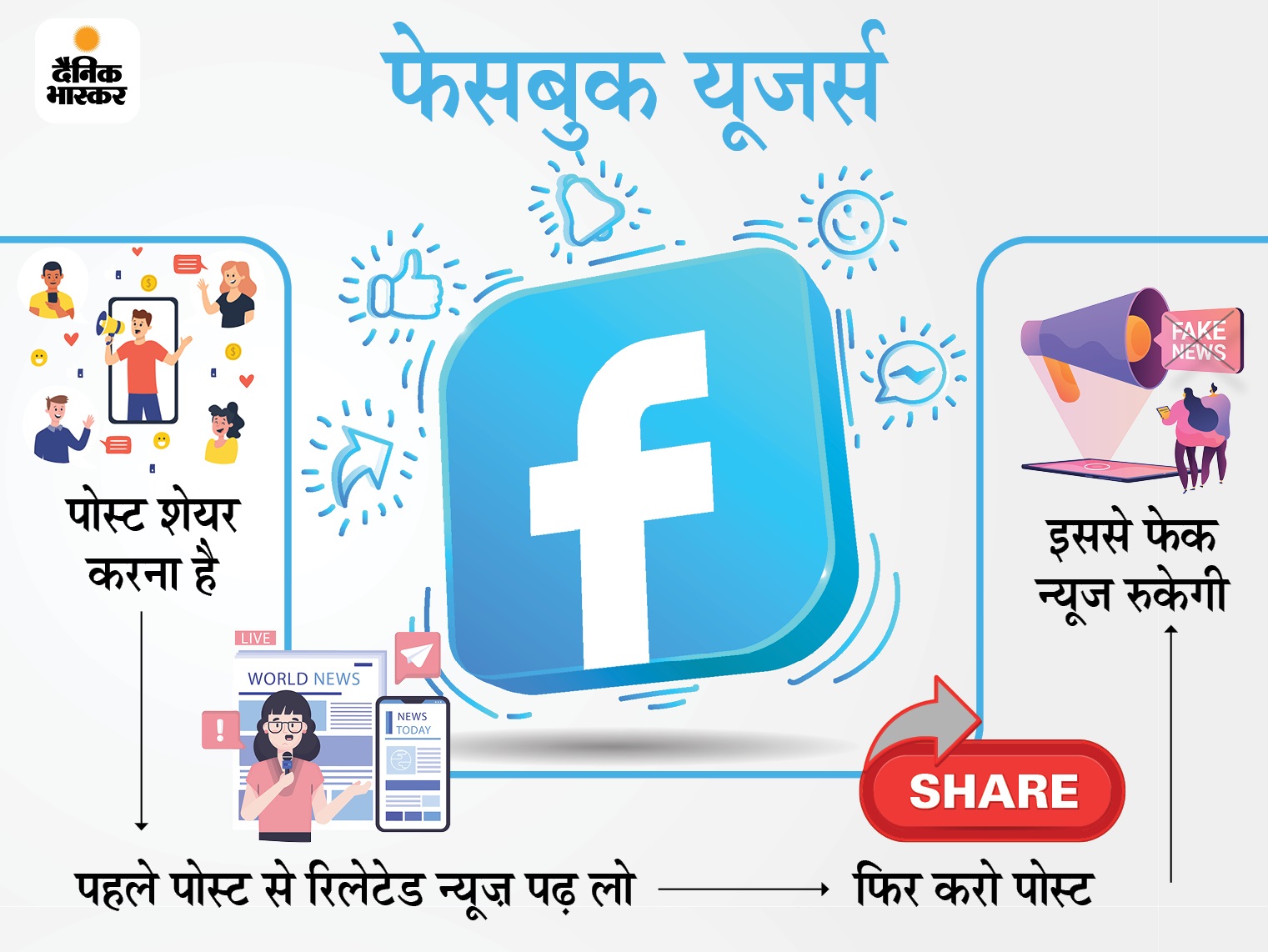 Most people have started using social media today. People create an account on social media but do not know how to run it. They easily trust posts, messages on Facebook, WhatsApp. It is forgotten that other Facebook users are also forwarding a post that came in the same way.

Due to which the problem of fake news is coming out. Which are increasingly viral on social media. Many times incidents like mob lynching have come up in the country through viral messages. Many innocent people have lost their lives. Due to the fake post in the epidemic, people have misconceived about the vaccine. In such a situation, Facebook has added a new feature to protect people from fake news.

Promoted feature
Facebook has launched a new feature in which it has included the prompt. In which users will be shown news related to their post before sharing a post. So that users can get to know his truth before sharing it. Actually people share any post without reading, in which case this feature will help to prevent fake posts.

How will work
Suppose a post on Facebook shows the death of an actor named X from Corona. Now what happens is that people share it, as soon as the shares will go to the option, it will open many related links which can be read to find out about the post whether it is right or wrong.

40 percent of the people in Twitter are using the feature
Twitter launched this feature last year. Twitter says that people now read the news before sharing. He did a test on people in June 2020. According to which more than 40 percent people saw the prompt, in which 33% people opened the article on the link.