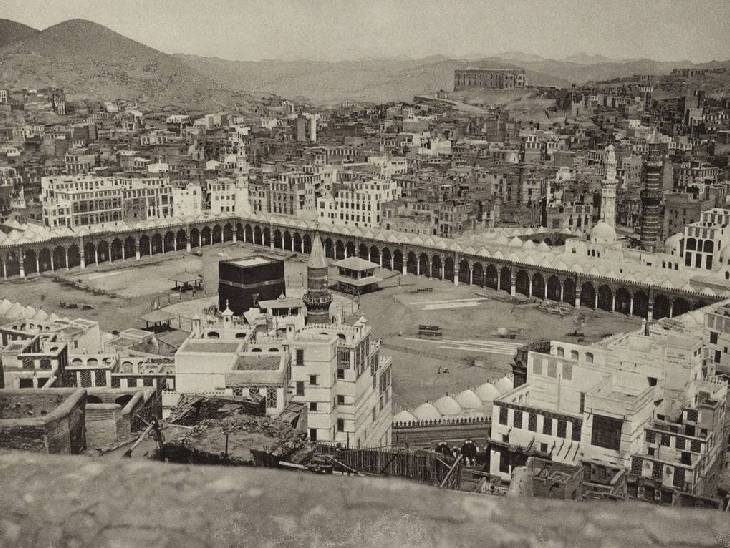 Photograph of Mecca taken in 1887.

For the year 2021, only 60 thousand people of Saudi Arabia will perform Hajj. The Saudi government did not allow people from outside countries to perform Haj. This is not the first time that Haj pilgrimage has been restricted. In the past, Haj has either been canceled or performed by a limited number of people due to war, political turmoil and epidemics.

Know when Hajj could not be done

865: The Massacre on Arafat
Ismail bin Yusuf, also known as al-Safaq, declared war in 865 against the Abbasi Sultanate of Baghdad. Al-Safaq marched with the army to the mountain of Arafat in Mecca. Thousands of Haj pilgrims were slaughtered. Hajj could not take place this year because of the attack.

930: Attack of Karamatin
This was the deadliest attack on the city of Mecca. In 930, the Karamatin tribe of eastern Arabia (now Bahrain) massacred and plundered Mecca. Abu Tahir al-Janabi, the head of the Karamatin tribe, threw the bodies of thousands of people in a well of Jam-Zam (holy water) near Khana-e-Kaaba.

According to the report of the Shah Abdul Aziz Foundation for Research and Archives, established in Saudi Arabia, about 30 thousand people died in the attack. This year Hajj could not take place due to the fear of Karamatin.

The attackers also uprooted Hazare Aswad (Black Stone) and took them along. Hajre Aswad lived for many years near Abu Tahir in his city of al-Ahsa. It was finally brought back to Khana-e-Kaba after about 20 years with a huge ransom.

According to the report, Karamatin did not believe in the Islamic State. Karamatins understood that the work performed in Hajj predates Islam. Come under the category of idol worship.

1910 photo. During the period of the Osmania Sultanate, the Kaaba is being covered with kiswah. -file