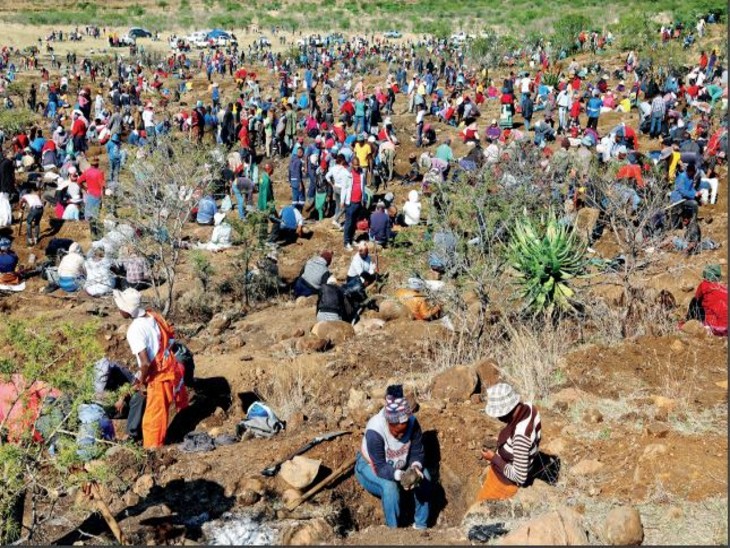 The picture is from the Klazulu Natal province of South Africa. Here more than a thousand people have been digging Kwalathi village in search of diamonds for the last two days. Actually, on Monday, a shepherd found diamond-like stones during excavation. Seeing this news spread in the village and surrounding areas.

After this people started digging the village and its surrounding areas with shovel and spade. The special thing is that some people even got these stones. It’s not a diamond though. Experts are calling them quartz crystals. Local people believe that these precious stones will brighten the fortunes of their area.

At the same time, those who got these stones, they have also started selling those stones for 300 rand (about 1500 rupees). Meanwhile, the provincial government has also sent a team to evacuate the people and investigate the area.

women are not far behind