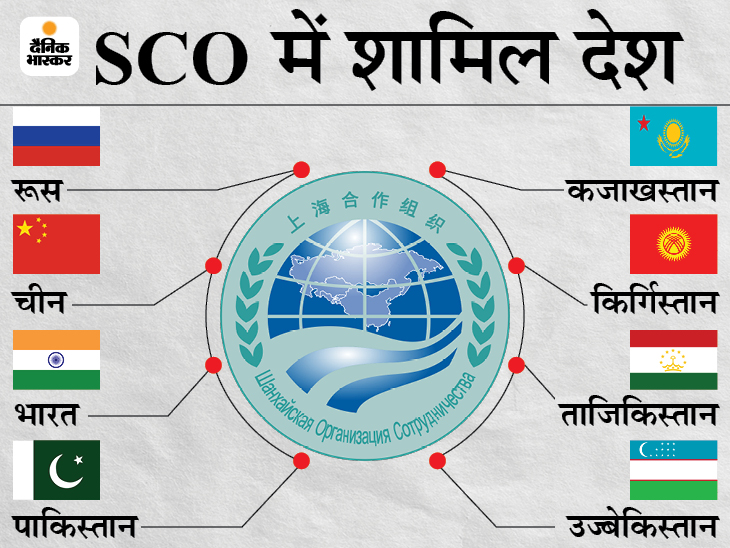 The Shanghai Cooperation Organization (SCO) meeting will be held next week in Dushanbe, the capital of Tajikistan. National Security Advisor Ajit Doval will attend from India’s side. Pakistan’s National Security Adviser Moeed Yusuf will also participate in this meeting. The special thing is that the NSAs of both the countries will be seen together for the first time on a public platform. However, in the past several media reports claimed that backdoor talks between the NSA of India and Pakistan took place in Dubai. This was acknowledged by Pakistan’s Foreign Minister Shah Mehmood Qureshi.

Separate conversation not confirmed
According to the news agency, it is not yet confirmed whether Doval and Yusuf will meet on the sidelines of this meeting. Tajikistan is presiding over this SCO meeting. The heads of state of the countries involved in the organization had decided in a meeting held in November 2020 to hand over the hosting of the next meeting to Tajikistan this time. After this this meeting is being organized in Dushanbe.

Doval had come out of the last meeting
Tension between India and Pakistan was clearly seen in the last SCO meeting. Actually, the map presented by Pakistan during the meeting was disputed. This was against the rules of the organization and Ajit Doval got out of the meeting in protest.

In March this year, India’s External Affairs Minister S. Jaishankar and Pakistani Foreign Minister Shah Mehmood Qureshi had attended the ‘Heart of Asia’ summit held in Dushanbe itself. However, despite being on the same platform, there was not even a salutation between the two leaders. In recent times, the Pakistan government and the army have also reduced propaganda against India. The ceasefire on the LoC can also be called successful to a large extent.

Changing the tone of Pakistan
In April, Pakistan Army Chief General Qamar Javed Bajwa had said in a press conference – We should forget the past and start anew. India and Pakistan should also come forward to connect East and West Asia together, this will bring peace and prosperity. It is time to bury the old things and move on. In Pakistan, the meaning of this statement was taken that the army has also surrendered on the Kashmir issue.

Imran’s attitude is different from the army
The opposition calls Imran Khan the elected prime minister instead of the elected. It is alleged that he reached power with the help of the army. But, while Bajwa is talking about peace, Imran says that India will have to restore Article 370 and Article 35A in Kashmir, only then talks will be held with it. Recently, his Finance Minister had approved the import of wheat and cotton from India. A few hours later, the cabinet overturned this decision.