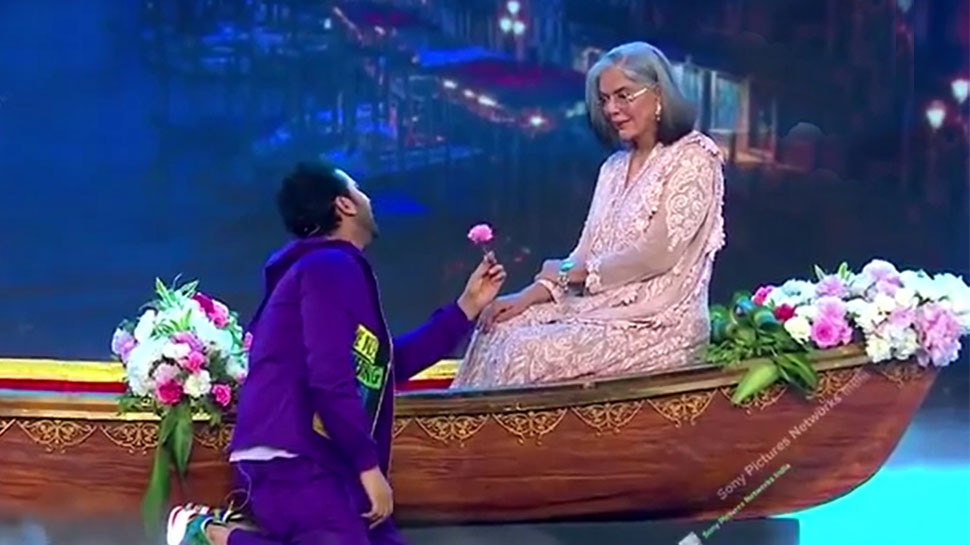 New Delhi: Veteran Bollywood actress Zeenat Aman recently became a part of the reality TV show Indian Idol. All the contestants and jury present there appeared to be stunned on the style of Zeenat, who came to attend the 12th season of the show. The video clip has been shared on Sony TV’s Instagram account in which Zeenat is seen on the stage of Indian Idol.

Those scenes are fresh in Zeenat’s memories
Zeenat Aman, sitting with the jury, is giving her feedback on the performance of all the contestants and is encouraging them. Zeenat herself became a part of a performance, she performed on the stage and the contestants were seen singing the song. Regarding this, he said, ‘It was great to be on this stage. The way it was celebrated on stage. It was very special for me.

Zeenat with Himesh-Anu in the jury
Let us tell you that the reality TV show Indian Idol these days honors Bollywood stalwarts by calling them and songs from their films are sung on the show. The songs sung in the presence of Zeenat were from his films and Zeenat was seen swinging on those songs. Himesh Reshammiya and Anu Malik gave company to Zeenat in the jury.

Recreated The Great Gambler Scene
A contestant sang the song Do Lafzon Ki Kahani from Zeenat’s film ‘The Great Gambler’ released in the year 1979. Zeenat Aman was seen with Amitabh Bachchan in this film. Zeenat herself was a part of this performance. Seeing this performance, Zeenat said, ‘That boat was recreated, that whole scene. Danish gave me a flower. There were little things that were lovely.’

First picture of Yami married after marriage came in front, looking amazing in vermilion and bangle