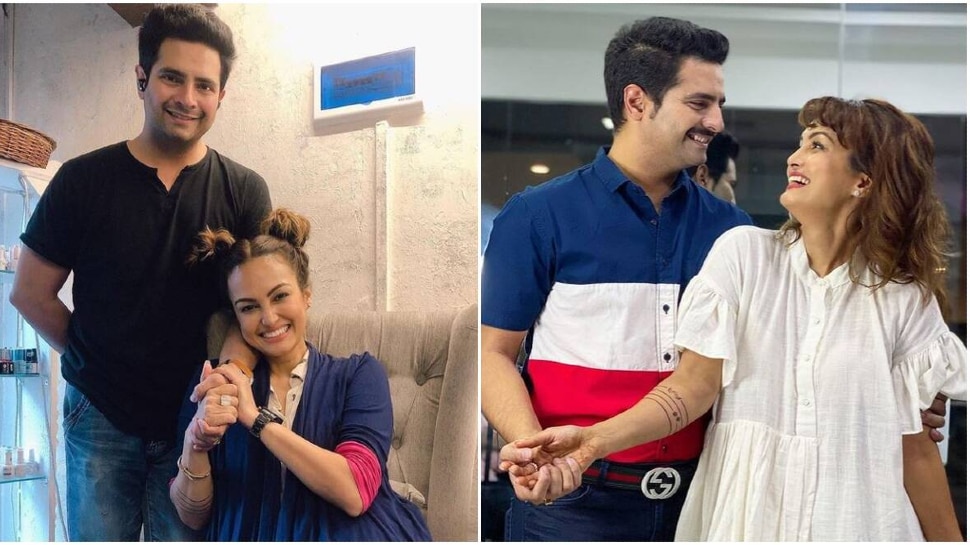 New Delhi: The news of the rift between the famous small screen couple Karan Mehra and Nisha Rawal has dominated social media these days. The news related to these two is coming out every day. According to the news, there was a lot of controversy going on between Karan and his wife Nisha Rawal for some time now. This relationship which started with love has now reached to divorce.

An old video of Karan Mehra and Nisha Rawal is becoming increasingly viral on social media, in which both are seen having fun with each other. Even though this video is old, but fans are very much liking the pair of both.

In this video going viral, Karan Mehra is seen slapping his wife Nisha. This video is almost a month old. Actually, this is a reels video. Often both used to make reels together. It can be seen in the video that both are making reels on a song of ‘Raja Hindustani’.

video made in fun

In this video, Karan Mehra is seen jokingly slapping Nisha. Nisha also catches them and throws them on the ground to take revenge from them. Fans are very fond of this old video. Karan and Nisha have made this video for fun.