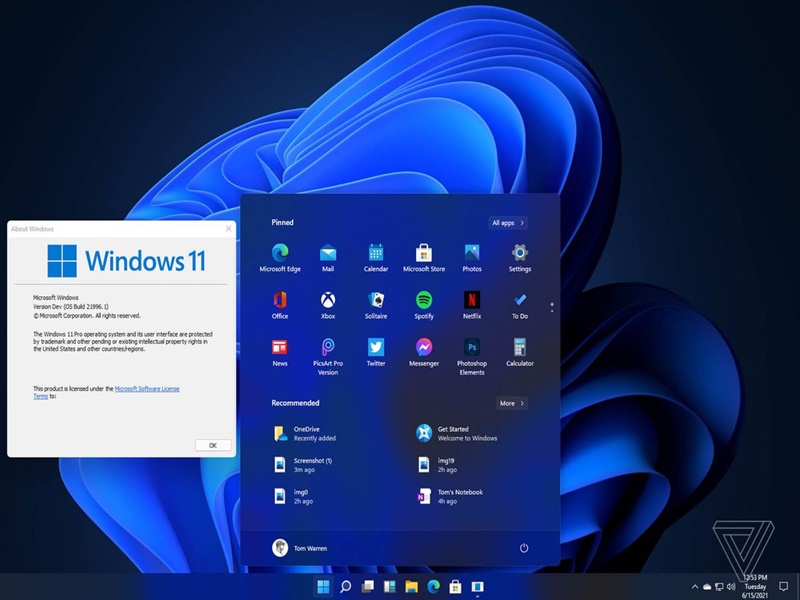 New Delhi Microsoft Windows 11 Launch . Microsoft company officially launched Windows 11 in a virtual event on Thursday. Users will get to see many great changes in the new Windows version. The most important thing is that users will also be able to install Android apps in Microsoft Windows 11. Along with this, a new start menu and task bar will appear with widgets, which will work with developer apps.

It is worth noting that Microsoft company has announced Windows 11 after 6 years of the launch of Windows 10. Windows 10 was launched in July 2015.

Microsoft Windows 11 has these features

Microsoft has also redesigned the Windows Store. Android apps will be supported in Windows 11. Amazon App Store will also be available in Windows 11, from where you can download apps. After getting Android Apps Support, users will be able to download such apps in Windows 11 which runs in Android.

These users will get Windows 11 for free

Microsoft will make Windows 11 available to new computers and other devices by the end of this year. It can be upgraded for free for Windows 10 users. However, a laptop or computer must have at least 4GB of RAM and 64GB of free storage space. The device must be equipped with a 64-bit processor.

The new user interface of Windows 11 has been made quite attractive. It has widgets with rounded corners, which include things like calendar, weather. There is also an improved system tray, new split notifications and Quick Actions UI. Users can personalize this new window according to their needs. Also, you can use AI in it.

There are many great features in gaming too.

Windows 11 is specially designed for gaming. This operating system will give the best gaming experience. Due to the auto HDR feature, it will update the auto light in gaming for better visibility. Game Pass subscription is provided through Xbox app in Windows 11.

indoree - March 17, 2022 0
The summer time season has began and this season is most liable to abdomen issues. It's seen that as the warmth rises, so...

Sidharth Malhotra hopes that Dimple Cheema must have seen the film, says– I am...

indoree - August 18, 2021 0
One hour in the pastcopy hyperlinkActress Sidharth Malhotra revealed throughout an interview that she hasn't met Dimple Cheema, however hopes she will need to...

Amitabh Bachchan Shared a throwback photo and told the History Of Jalsa | [Amitabh...