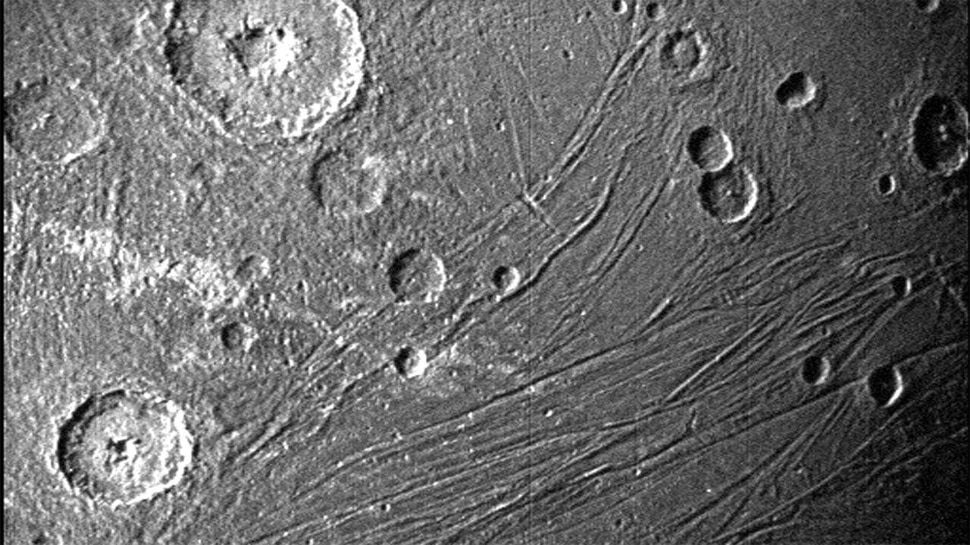 Washington: NASA’s spacecraft Juno has sent pictures of the Solar System’s Largest Moon Ganymede. Juno came within 645 miles (1,038 kilometers) of the surface of Jupiter’s largest moon Ganymede on Monday and captured two images with the Jupiter orbiter’s JunoCam imager and its Stellar Reference Unit star camera. This is the first time Ganymede has been seen so closely.

Planet is bigger than Mercury

According to the news published in our partner website DNA, Ganymede is the largest of the 79 known moons of Jupiter. Along with this, it is the largest moon in the entire solar system. Ganymede is over 3,200 miles wide and is larger than the planet Mercury. It is the only moon that is sufficiently large to generate its own magnetosphere. Magnetosphere means a bubble of magnetic field that traps and deflects charged particles from the Sun.

Hello old friend. Yesterday our #JunoMission made the first close flyby of Jupiter’s giant moon Ganymede in more than 20 years, and the first two images have been received on Earth. More to come. See details at: https://t.co/zIVMO6waKH pic.twitter.com/2RiW3iSmIp

Also read -Surya Grahan 2021: Solar eclipse will happen after 148 years on Shani Jayanti, note down the time; take these precautions

NASA released two photos on Tuesday, which show the surface of Ganymede in detail. In which craters, clearly distinct dark and bright terrain and long structural features are probably linked to tectonic faults. A photograph was taken by the main camera JunoCam, which is black and white. Whereas the second picture is taken from the navigation camera called Stellar Reference Unit. This camera can work in low light and during Juno’s flight it captured Ganymede in the dark of night.

Will help in understanding the Moon

The mission’s radiation monitoring chief Scott Bolton said that Juno will continue to send such pictures in the future. With the help of these pictures, it will help to know about the largest moon. He said the spacecraft would send more pictures from its Ganymede flyby in the coming days. Scientists hope that the flyby will help them understand the Moon’s structure, ionosphere, magnetosphere and iceberg.

NASA’s spacecraft Juno reached Jupiter on July 4, 2016. It is currently completing its primary mission to probe the interior of the largest planet orbiting the Sun. NASA has extended this mission till 2025. Juno will now make 42 additional orbits of Jupiter, and some of those orbits will include close-ups of Ganymede and flybys of two of Jupiter’s other large moons, Io and Europa.