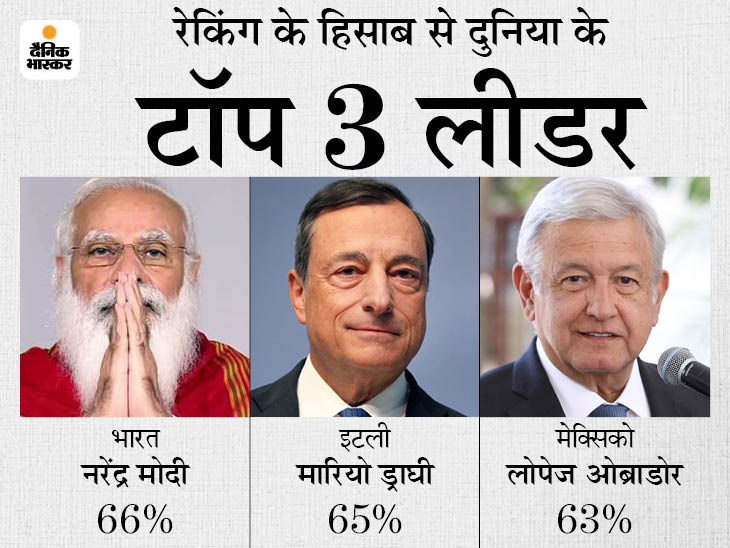 Prime Minister Narendra Modi’s popularity remains intact even after the second wave of the Corona epidemic and its ill-effects in India. Modi tops the ranking of global leaders in a survey by American data intelligence firm Morning Consult. His popularity has got 66% number out of 100.

Leaders from 13 countries including the US, UK, Russia, Australia, Canada, Brazil, France and Germany were included in this survey. However, the survey states that Modi’s popularity has declined by 20% in the last one year. Yet by the beginning of June, 66% of people like Modi.

Morning Consult Political Intelligence tracks the approval ratings of leaders from the US, India, France, Japan, Australia, Canada, Brazil, Germany, Italy, Japan, Mexico, South Korea, Spain and the UK and updates its page with new data every week does.

The target of companies is not being met without Indian talent, science degree holders can get exemption from green card limit. green card...