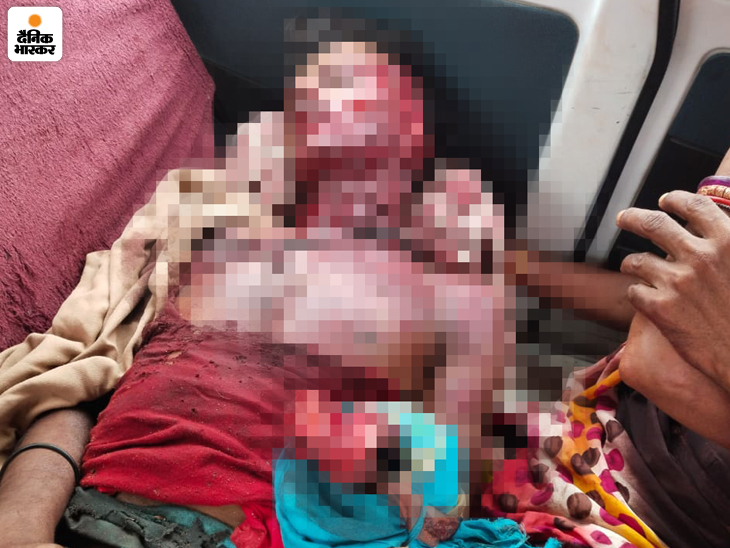 The badly injured youth was taken to the hospital, where the doctor declared him brought dead.

The youth died due to sudden burst of power bank while charging mobile in Chhapraud village under Manpur police station area of ​​Umaria district of Madhya Pradesh. There is an atmosphere of panic in the village after this sudden accident. Villagers are scared about the quality of mobiles and power banks.

Villagers told that on Friday morning, about 30 years old Ramsahel Pal father Pappu Pal, resident of Chhapraud village, was charging mobile from the power bank. Suddenly the power bank exploded. Ramsahel was charging mobile from power bank and kept it in hand when suddenly it exploded. The youth was seriously injured after the accident. He was taken to the hospital for treatment where doctors declared him brought dead.

broken roof cement seat
Manpur police has started investigation into the death of a young man due to a power bank blast while charging a mobile in Chhaprad village. Police station in-charge Varsha Patel said that the accident happened due to an electronic device explosion. The blast was so strong that the cement seat of the roof of the house was broken. Mobile is also damaged. Mobile parts have been found from the spot. The police have started investigation by establishing a case.

Juda V / s Government: Government said – blackmailing with patients is not good, Juda said – will go to the Supreme Court

The cement seat on the roof of the house was broken after the power bank blast.

Pre-Monsoon in MP: Thunderstorm and rain in Bhopal at 4 PM, light showers in Khandwa; Rain expected in all divisions in next 24 hours

This is wrong: Two real sisters commit suicide due to tension in Balaghat, both hanging on the noose with the same sari