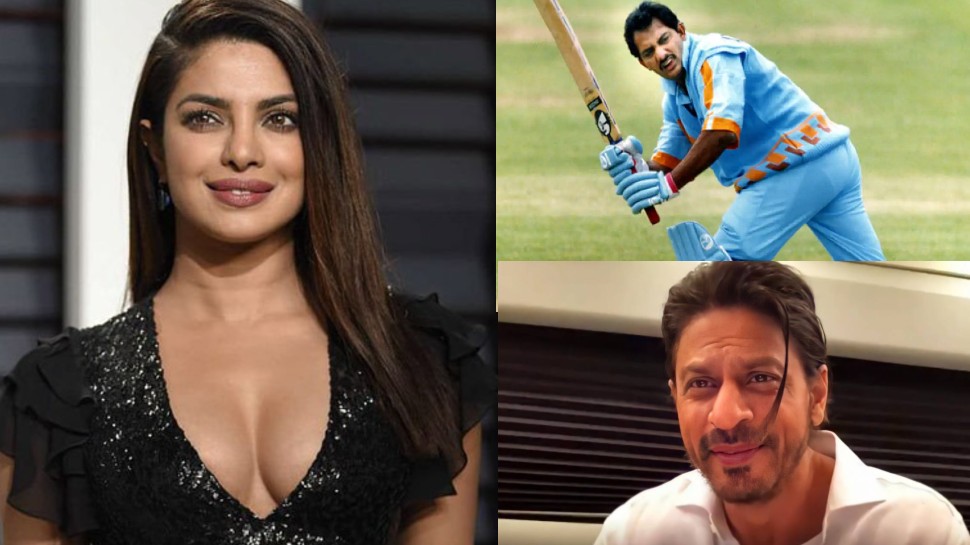 New Delhi: People love the pair of Global Star Priyanka Chopra and her husband Nick Jonas who reached Hollywood from Bollywood. Both look amazing together, but if we tell you that Priyanka Chopra’s choice was not Nick Jonas, then you will definitely be surprised. Actually, Priyanka likes Nick very much, but at the age of 17, her choice was a bit different. The actress told Shah Rukh Khan about her choice. Now the video of this conversation is going viral on social media.

Actually, this video is very old. Then Priyanka Chopra was very young and she participated in Miss India Competition (Miss India) in 2000. On arriving at the finale, he met Shah Rukh Khan. He was present there as a jury. During the contest, when Priyanka’s number came, 17-year-old Priyanka was asked a very interesting question by Shahrukh Khan, which the actress responded with a lot of confidence.

Shah Rukh Khan’s question to Priyanka Chopra was, ‘Whom would you like to marry? A great Indian sportsman, who will have many great records in Bharti cricket such as Azhar Bhai, who makes you and the country feel proud. Will make you rotate the whole world, or from a barely named businessman like ‘Swarovski’ or a Hindi cinema superstar like me … ‘

On this question of Shah Rukh Khan, Priyanka Chopra (Priyanka Chopra) responded with great understanding. He said, ‘If I had to choose one of these difficult options, then I would like to choose a great Indian player. Whenever he comes back home, I will tell him that I also support him. I will also tell that I am as proud of him as Indians do on him. This reply of Priyanka won the hearts of the people. Shahrukh Khan also laughs. Indian cricketer Mohammad Azharuddin sitting at the same time was also listening very carefully to Priyanka. The whole hall echoed with a thunderous applause.

By the way, Priyanka Chopra is a Happy Married. Her choice changed over time and she married her 10-year-old American pop singer Nick Jonas and now lives in the US with them. Fans like both of them very much.

read this also: Suryavanshi will see the biggest climax, the action packed scene will last so long