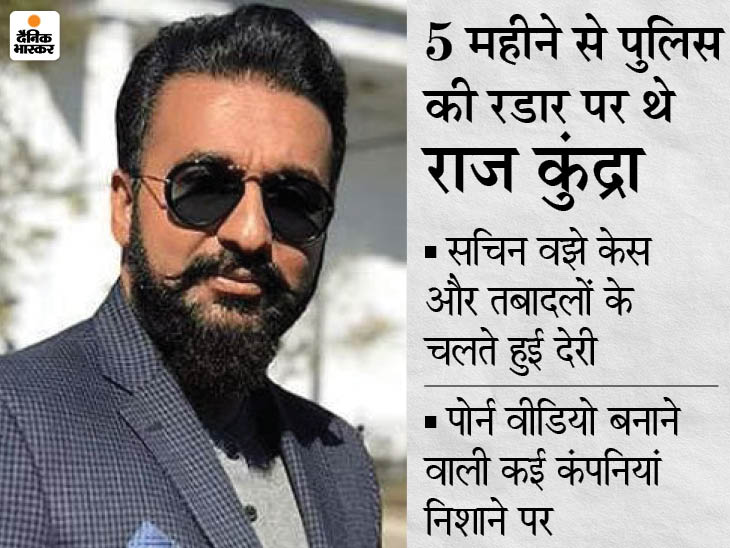 Raj, who was arrested on Monday, has been sent to custody by the court till July 23. The police can question him more about the transaction of money in this case. The police already have records of conversations between Raj and others, but the police want to take a statement from Raj himself.

Police collects evidence against Raj
Senior Sub-Inspector Sandeep Gayade, on-duty in-charge of Malwani police station said that in February, the crime branch had got a clue. Based on this, the bungalow was raided. Then some of the arrested people claimed that they were working for Raj Kundra.

At that time there was no evidence other than this statement. The police did not think it right to arrest a celebrity businessman like Raj Kundra just on this ground. Raj’s name was not included in whatever action was taken at that time.

Then the police had filed a 500-page charge sheet against the 9 accused. Later, after getting strong evidence against Raj Kundra, he was called for questioning in the Crime Branch and was arrested.