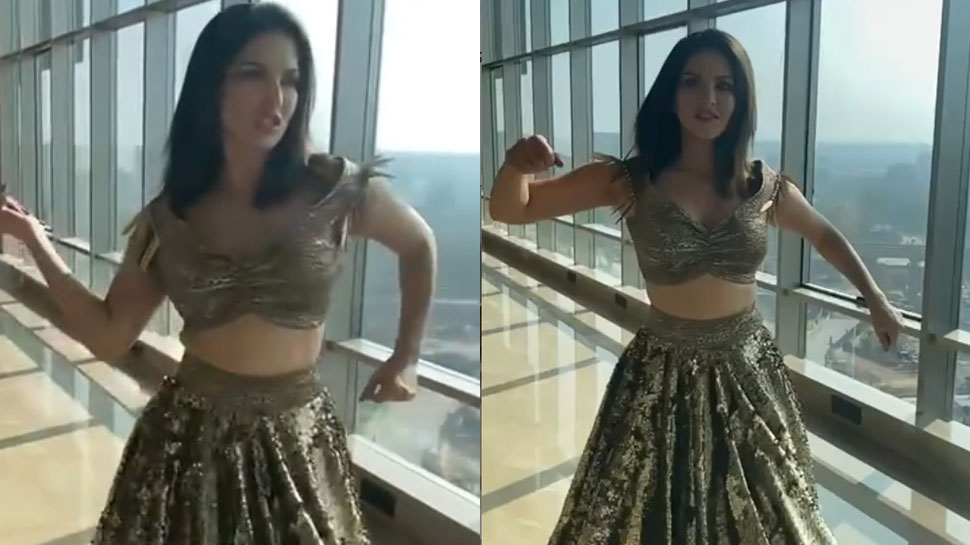 New Delhi: Bollywood actress Sunny Leone shared a video showing her hilarious moves and making her own moves. Sunny posted a video on Instagram on Sunday. In the clip, she is seen walking in excitement. The actress is wearing a metallic gold color lehenga.

This thing written in the caption

Sunny Leone wrote in the caption, ‘When you don’t have any moves, and you own your own moves. Hash Tag Sunny Leone Hash Tag Behind the Scene Hashtag Onset. ‘ The actress did not share that this is a behind the scenes video of the project.

Will be seen in this series

Talking about the work of Sunny Leone, Sunny is all set to step into the digital world with the web series ‘Anamika’ directed by Vikram Bhatt. The actress will be involved in the action sequences in the series. The series co-starring Sonali Seagal.

She is currently shooting for her upcoming psychological thriller film Shero in Kerala. Directed by Srijit Vijayan, the film will be released in Tamil, Hindi, Telugu and Malayalam.