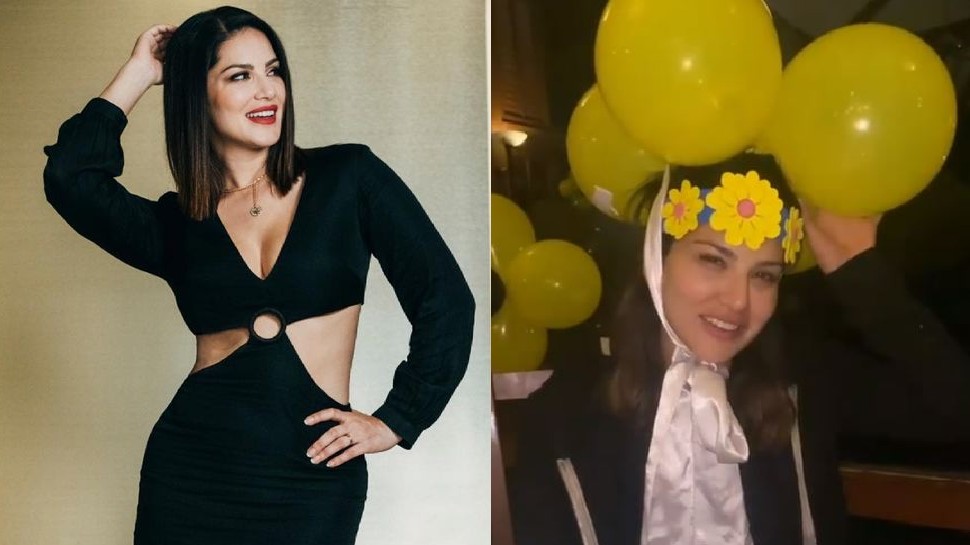 New Delhi: A month has passed since the birthday of actress Sunny Leone. After so many days, he has shown a glimpse of his birthday celebration to the fans. On Sunday, he has put a funny birthday video on his social media account. The actress celebrated her birthday on May 13 and shared a video of it almost a month later.

Sunny Leone called it ‘The Hidden Birthday Video’ in the caption on her Instagram account. In the video, she is seen sitting and has many balloons on her head. She is enjoying that happy zone. Sunny is looking very funny and cute in this video. She has also put a floral band on her forehead and she is seen laughing a lot in the video.

Will be seen in this film

Sunny Leone is shooting for her upcoming psychological thriller film ‘Shero’ these days. The film is directed by Sreejith Vijayan and will release in Tamil, Hindi, Telugu and Malayalam. Sunny Leone is also very active on social media and keeps on surprising her fans every day. His pictures and videos are covered on social media as soon as they come.

Mastmoula is there in real life too

Let me tell you, Bollywood actress Sunny Leone is quite cool in real life apart from her characters on screen. During work, whenever she gets time in between, she keeps having fun. Due to this laughing joke, the heart of the rest of his crew is also engaged in work. Recently she shared a picture of herself in which she was seen with Rannvijay. In this photo, Sunny Leone and Rannvijay were seen showing hammer to each other.

Also read: ‘Jagya’ of ‘Balika Vadhu’ has become so big, seeing the shirtless body, the hearts of female fans will slip