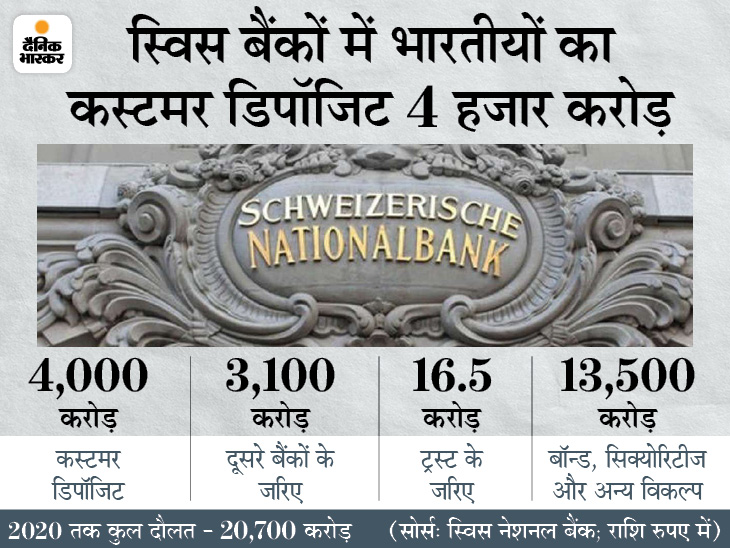 This figure also includes deposits made through banks and other financial institutions based in India. The reason for the increase in deposits in Swiss banks was a sharp jump in holdings through securities and other such options. However, customer deposits declined for the second year in a row.

6% drop in deposits
This information has been given in the annual data released by the Central Bank of Switzerland on Thursday. Earlier, there was a decline in the deposits of Indians in Swiss banks for two consecutive years. According to the data, the figure of deposits of Indians and Indian companies in Swiss banks was Rs 6,625 crore at the end of 2019. Which was 6% less than 2018.

According to the bank, out of the total amount of 20,706 crore Indians and Indian companies in Swiss banks by the end of 2020, customer deposits of more than Rs 4,000 crore, more than Rs 3100 crore through other banks, Rs 16.5 crore through trust and about 13,500 crore. Crores of rupees are included in the form of other amounts coming in the form of bonds, securities and various other financial options.

What else was stated in the data?