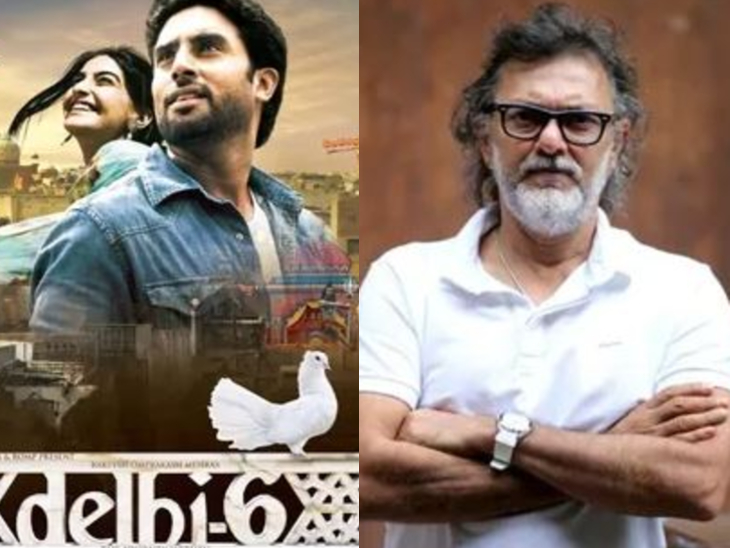 Director Rakeysh Omprakash Mehra has recently launched his autobiography ‘The Stranger in the Mirror’. In this book, he has made many big revelations related to his life and career. Rakesh, who has given hits like ‘Rang De Basanti’ and ‘Bhaag Milkha Bhaag’, has also told in the book that he could not tolerate the failure of Abhishek Bachchan and Sonam Kapoor starrer ‘Delhi-6’ which released in 2009. Because of this he was very upset for 6 months. He was addicted to alcohol and even wanted to kill himself.

Death threats were also received
Rakeysh Omprakash Mehra’s autobiography is co-written by Rita Ramamurthy Gupta. In this book, Rakesh has also revealed that he had also started receiving death threats at that time. The director tells that those were the darkest 6 months of his life. Rakeysh Omprakash Mehra wrote in the book, “The film was released on Friday, February 20, 2009. Initially, the film got a very good response. By Sunday, the film had also done a business of 40 crores. But by Monday, theaters came. As the audience completely disappeared from it. I was broken. Was it really such a dark reality for the people? The film’s failure at the box office created conflicts about the film in my mind too. I thought ‘Rang’ ‘De Basanti’ was just a miracle? Can’t I make a good film twice?”

wanted to drink so much that I would die
Rakeysh Omprakash Mehra further wrote in the book that he had started receiving death threats. All this affected him very badly and he was intoxicated with alcohol. He wanted to drink so much alcohol that he would die from it. Not only this, due to this there was a change in his behavior as well. He didn’t talk to people properly. He had become insensitive to the people he loved the most.

I had become very careless and insensitive
Rakesh Mehra wrote, ‘I wanted to drink so much alcohol that I could not wake up in the morning after sleeping. I could see how much I hurt my wife Bharati because of this. My daughter Bhairavi was in teens then. Son Vedanta was also watching all this. I had become very careless and insensitive. Rakesh further says that during that period his wife explained him a lot and after about 6 months he called the film’s cinematographer Binod Pradhan. He talked to her about the original script of the film, in which Abhishek Bachchan’s character is thrashed to death in the end. Together with Patni Bharti, the two worked on it anew and screened the film at the Venice Film Festival.

‘Delhi 6’ got two awards at Venice Film Festival
Rakesh says that ‘Delhi 6’ was highly praised at the Venice Film Festival. It is interesting that despite being a flop at the box office, ‘Delhi 6’ won 2 National Film Awards that year. Nargis Dutt Award was received one for Production Design and the other for ‘Best Feature Film on National Integration’. Let us inform that Rakeysh Omprakash Mehra’s film ‘Toofan’ has recently been released on the OTT platform. The film also stars Paresh Rawal and Mrunal Thakur in lead roles along with Farhan Akhtar. His film has got a good response from the audience so far.

indoree - September 14, 2022 0
piles or Hemorrhoids It is a very common problem that many people suffer from. Obviously this is a disease of the anus, so...