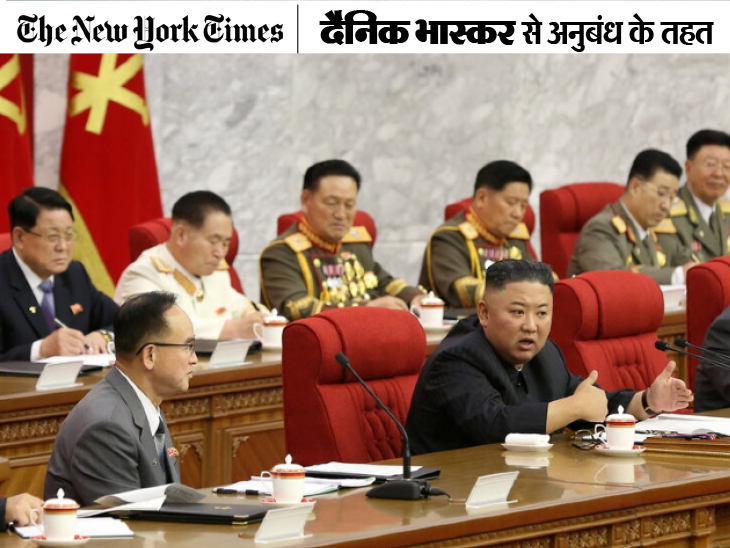 A few days ago, the White House said that the Biden administration was focusing on a new strategy for North Korea. This policy will be more practical, so that diplomacy can get full opportunity.

Kim’s order
According to a report in the ‘New York Times’, Kim has ordered officials to be prepared for confrontation or talks with the US and efforts should be made in this direction. He has also given orders to the officers to prepare. There is more enthusiasm in North Korea than before about the new policy of the Biden administration. Kim has also reviewed this policy. In the meantime, he spoke of being prepared for both talks and confrontations.

Signs of change in US policy
During Donald Trump’s era, North Korea threatened America several times. Kim and Trump also met, but they failed to stop North Korea’s nuclear and missile program. Now the Biden administration wants to deal with this matter under the new strategy.

From March to April, the White House conducted a policy review regarding North Korea. After this, it seems that the previous four governments could not stop the nuclear program of North Korea. However, they also negotiated and imposed sanctions. Now President Biden wants a flexible and practical approach so that the matter can be resolved through diplomacy.

And start trying
Biden has appointed Sung Kim, a senior diplomat for North Korea. Sung will first meet the leadership of South Korea and then meet the leaders of Japan. This series of meetings is going to start next week. In this meeting, important decisions can be taken regarding talks with North Korea and its nuclear program.

North Korea’s economy in bad shape
A statement from Kim Jong Un surfaced earlier this week. In this, he clearly indicated that the economy of North Korea is in a very bad condition and there is a danger of starvation situation in the country. In addition, inflation is very high. Due to the Kovid crisis, the problems have increased more than before.