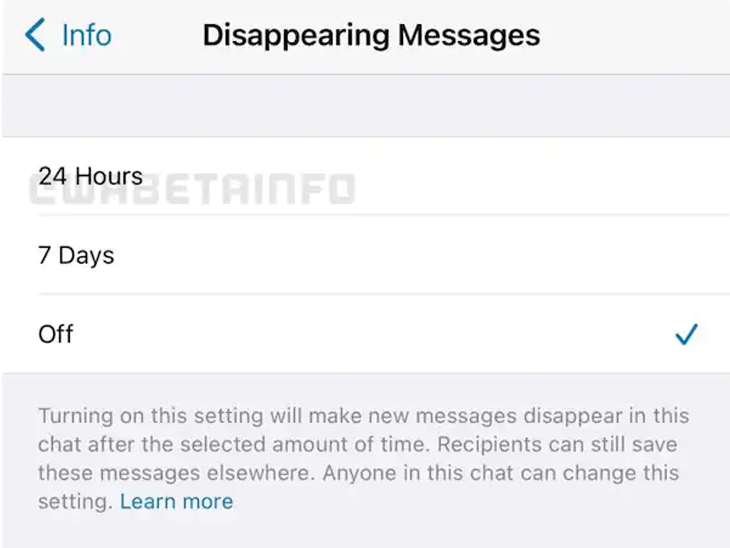 WhatsApp is working on reducing the time duration of its displaying feature. According to WABetainfo, the company is testing it. In the coming days, it can be released for Android, iOS as well as web and desktop. The company can reduce the time of this feature to 24 hours. At present, it gets 7 days time.

Advantage of displaying feature
The biggest benefit of this feature will be found during group chat. In groups where there are long and frequent chats, the number of messages also keeps increasing. The user also does not delete the group chat. In such a situation, WhatsApp hangs when we do not delete the chat. Due to the media message of more messages, the phone also becomes slow.

The WhatsApp group administrator previously had control for message dispensing, but only a few days ago WhatsApp has released a new update for iOS, after which all members of the group can change it. WhatsApp is also working on the Disappearing Photo feature.

This is how the setting applies

The voice message playback speed feature was currently available on Android’s beta version 2.21.9.4 of WhatsApp, but was discontinued again in the next beta version, ie 2.21.9.5. In such a situation, it can be said that the company is testing this feature.