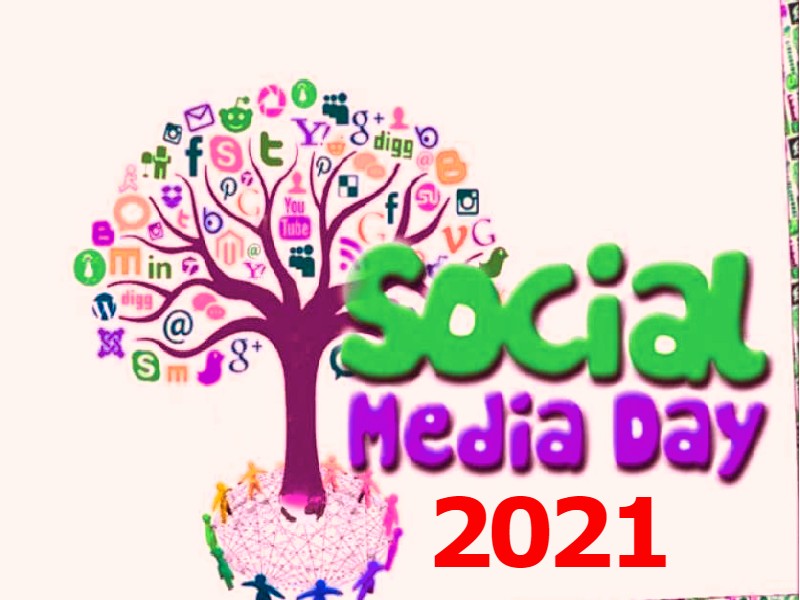 World Social Media Day 2021: In today’s time social media has become an important part in everyone’s life, be it 18 years old youth or 65 years old man. It has changed the way I see the world. We can easily stay connected with our friends, relatives and loved ones. World Social Media Day is celebrated every year on 30 June. To show that it has emerged as an important tool for communication. From connecting people from all corners of the world to helping companies grow their brands, social media has become a game changer. At the same time, in the Corona epidemic, the social media platform has emerged as a helpline for the public.

World Social Media Day was first observed on 30 June to celebrate the impact of social media and its role in global communication. The first social media platform, Sixdegress was launched in 1997. It was founded by Andrew Weinreich. The website had many features such as listing of their friends and family members, bulletin boards and profiles. It was closed in the year 2001. In the beginning, Friendster, MySpace and Facebook were used by people to communicate. However now times have changed. Platforms like Twitter, Instagram, Snapchat are also being used on a large scale.

World Social Media Day is celebrated all over the world to tell the importance of social media platforms.

– Can connect with a person sitting thousands of miles away on the messaging service app. You can have the world at the tap of a button.

-It helps people build relationships and connect with customers to promote and advertise your brand.

From sharing your expertise to increasing visibility and educating people, social media has a lot to offer.

– All the important information is now available on social media and this has helped people to understand and communicate in a better way.

World Social Media Day 2021: Social media users across the world and in India

According to Hootsuite, the number of Internet users has increased by 7.6 percent in the last one year. It has reached 4.72 billion. This equates to more than 60 percent of the world’s population. According to data, more than half a billion new users are connected to social media in a year. There are 4.33 billion people social media users as of April 2021. India has 448 million social media users as of January 2021. It has increased by 78 million (+21%) between 2020 and 2021. WhatsApp is the most used app in the country. It is followed by YouTube, Facebook, Instagram and Twitter.

dharmendra he man of bollywood has not met wife hema malini for more than...

VIDEO: The man went to the sea with the intention of catching a shark,...